Low carb, German style cauliflower recipe?is perfect with grilled pork. Its flavor is much like a German potato salad. Tender cauliflower, crispy bacon, and rich sauteed onion are mixed into a tangy, slightly sweet mustard dressing. The flavor is a little sweet, a little sour, and a little smokey.

?If you are in a hurry click here to go straight to the low carb German style cauliflower recipe. 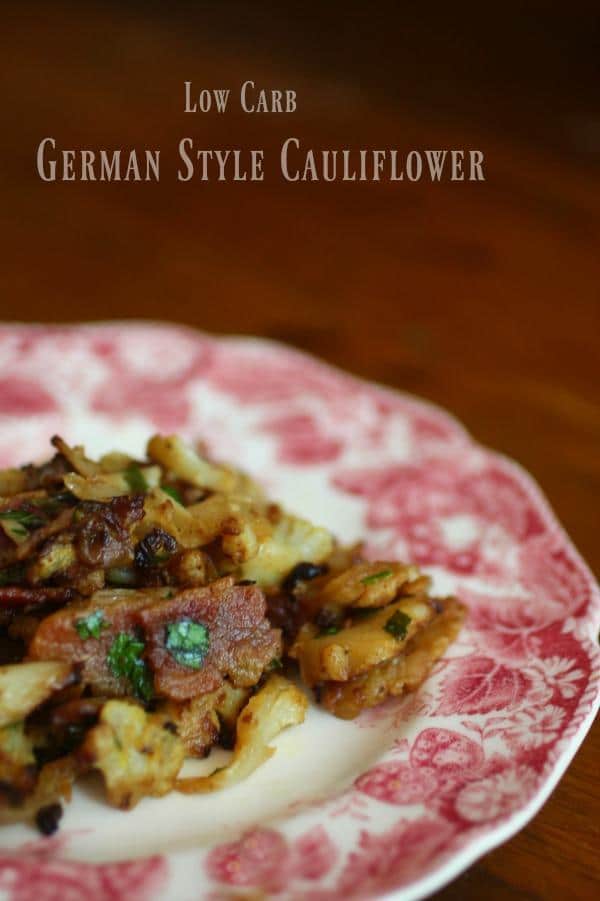 When I was growing up we had a pool. Summers were full of cookouts and pool parties with my family and several neighbors that were all close friends. Nearly every Saturday afternoon they’d walk down the street to our house carrying a covered dish of some sort.

Maybe that’s where I got my love of food from — I don’t know. What I do know is that those dishes were places on a table out on the deck next to the grill and we kids would just star at the mountain of food. Macaroni salads, fruit salads, and potato salads were always part of the collection. 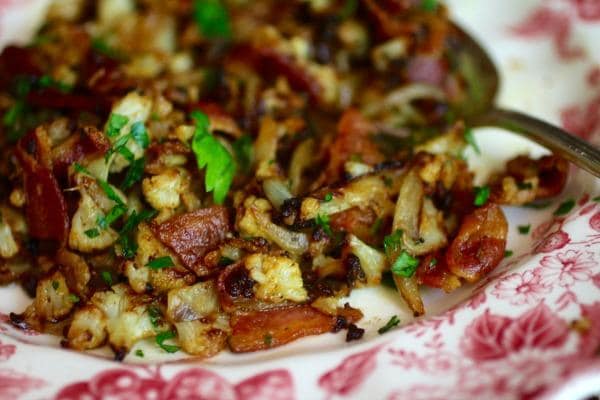 Now, my mom was known for her potato salad. It was the old fashioned style with plenty of mayonnaise and a little mustard. Our neighbor across the street brought?her?potato salad, too. The two were so different that nobody minded. Her potato salad was made in a casserole and it was warm. A tangy, piquant smell squeezed out from the edges of the plastic wrap and a good sniff would make your mouth water in anticipation. Bacon and onions were mixed in — I think I ate my weight in that stuff. Pretty sure she didn’t ever take home leftovers. 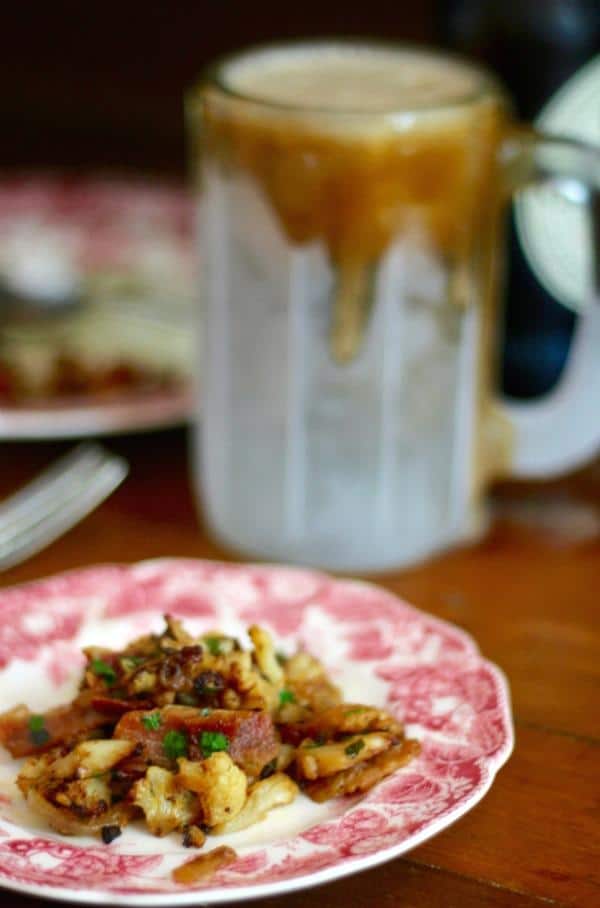 I thought of that German potato salad one day and knew I was going to copy it in a low carb form. It took some time but I got this German style cauliflower recipe until it was just right.?Remove the potatoes you remove most the carbs. The cauliflower soaks up the warm mustard dressing just like the potatoes do!

Our Costco has a grass-fed beef smoked sausage that has 0 carbs. I have to tell you that this German style cauliflower recipe cozies up to that sausage just right. 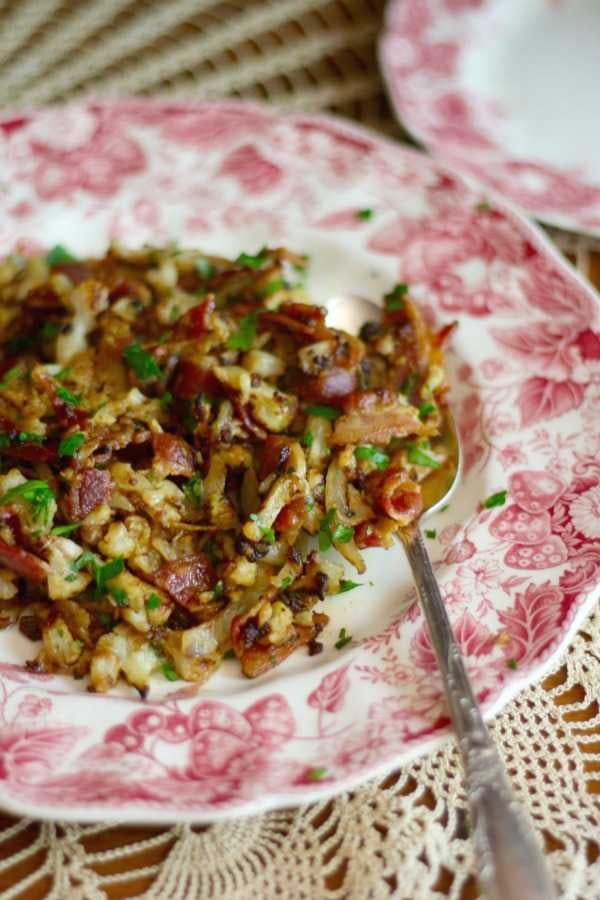 I like Lodge cast iron. They’ve been around a long time and the pans last forever. This Lodge cast iron skillet is exactly the type of pan that you need for this recipe. 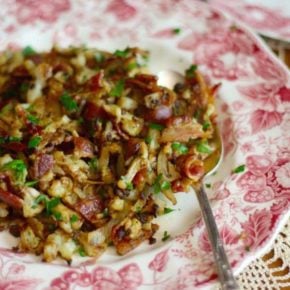